Alpha-1 Antitrypsin Deficiency is based on your genes. There are many mutations in the Alpha-1 gene. Many cause no issues. “M” is the name of the normal gene. “Z”, “S”, “I” and “F” genes in combination or together with a normal gene result in some deficiency of Alpha-1. There are even genes that cause the liver to produce no protein. The diagram below shows a few options for gene inheritance.

Note that for the original parents at the top of the tree, Mom is a ZZ and Dad is an MZ. Their children could be MZ or ZZ. Their biological children could NOT be MM.

The following graphic explains how family genetic makeup impacts how Alpha-1 is inherited. 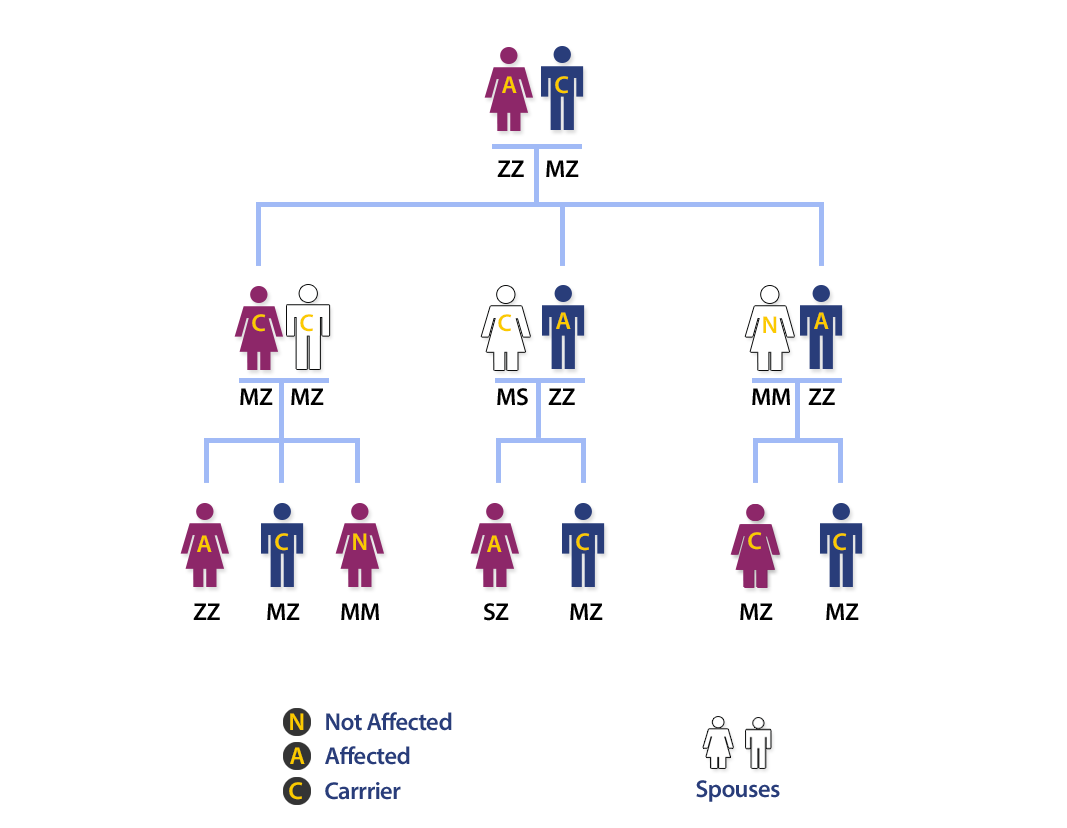