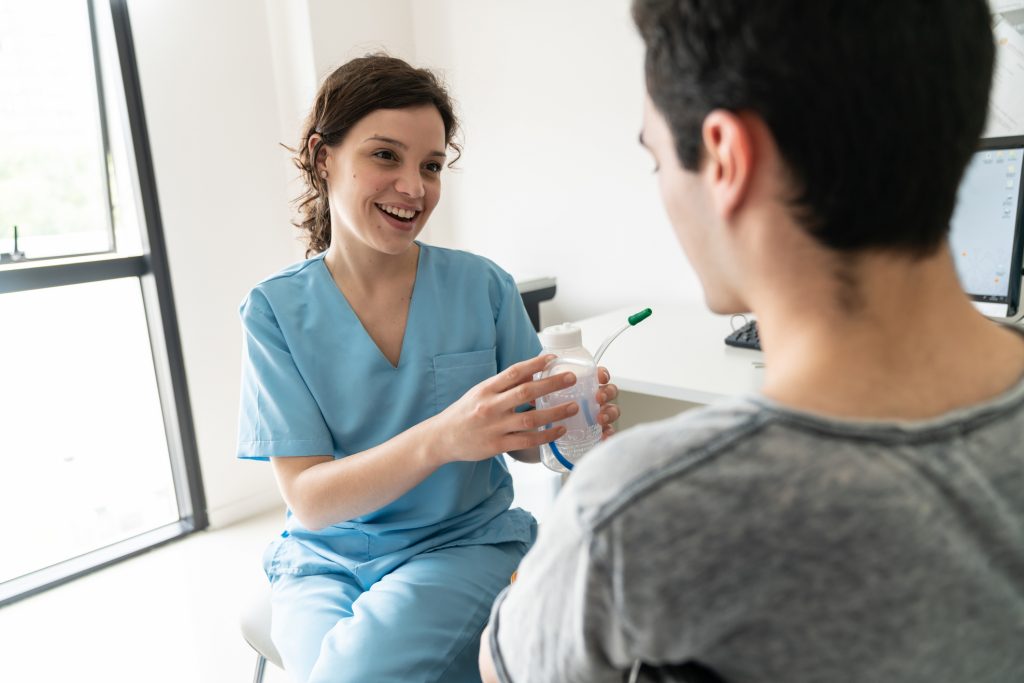 Spirometry is the simplest and most common pulmonary function test. Here’s how you do the test:

Your body’s response to the bronchodilator tells your doctor what kind (and how much) airway disease you may have. If your spirometry improves after a breathing treatment, this implies that your airways may respond the same way in the future.

The spirometer (spirometry-testing machine) measures both the amount of air you exhaled and the time it takes you to exhale it.

Here are some common spirometry measurements:

Forced Vital Capacity (FVC) is the total volume of air you exhale during the test. With the help of a computer, your FVC effort may be used to create a line drawing called a “flow volume curve” or “flow-volume loop.”

Forced Expiratory Volume in the First Second (FEV1) is the volume of air that you can forcefully blow out during the first second of the FVC. Lower than normal FEV1 may be a sign of reduced flow rates caused by chronic obstructive pulmonary diseases (COPD) emphysema, asthma, or chronic bronchitis.

Ratio of FEV1 to FVC (FEV1/FVC) is what you get when you divide your actual FEV1 by your actual FVC. It’s usually stated as a percentage. In a normal adult, the ratio ranges from 70 to 85%, but decreases with age. Your FEV1/FVC ratio helps show what kind of lung disease or damage you might have.

Peak Expiratory Flow or Peak Flow (PEF OR PF) is the fastest flow rate reached at any time during the FVC. It normally occurs near the beginning of your forced breath out. PEF may be reported as Forced Expiratory Flow Maximum (FEF Max).