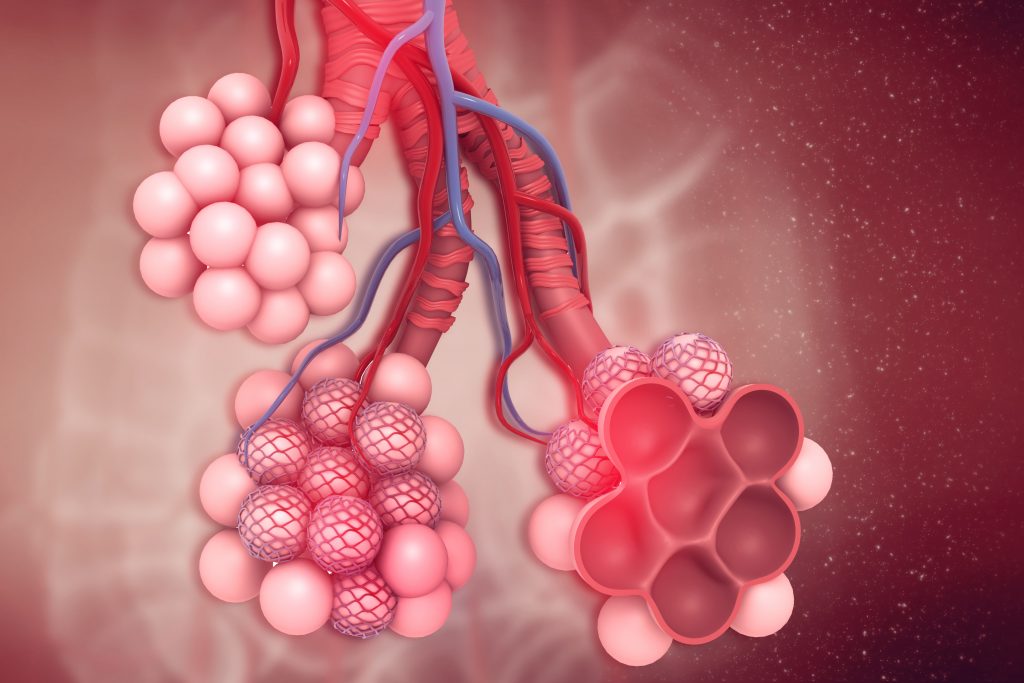 If you’re talking to your doctor about pulmonary function testing, it helps to know key terms. This glossary contains some common words your doctor may use when talking about lung disease and tests for lung function.

Alpha-1 Antitrypsin Deficiency – A genetic condition that can affect all age groups. It may lead to emphysema at an early age (30-40 years old).

Alveoli or Air Sacs – Microscopic grape-like structures in the airways of your lungs. Gas exchange takes place in these air sacs.

Anemia – When you don’t have enough red blood cells and hemoglobin (a protein that carries oxygen) in your blood.

Asbestosis -Lung  disease that can develop after inhaling asbestos fibers. It may cause scar tissue to surround the lungs.

Bronchodilator – Medicine that dilates or opens up the airways in your lungs. You may get it from a nebulizer, inhaler, or oral pill.

Carbon Dioxide (PaCO2) – Amount of carbon dioxide in your arterial blood. Carbon dioxide is a normal by-product of the body. You exhale it from your body when you breathe.

Congestive Heart Failure (CHF) – Excessive fluid buildup in the body due to heart weakness. It can make you feel like you’re out of breath.

Emphysema – Airway disease in which the walls of the alveoli (air sacs) are damaged or destroyed.

Flow Volume Curve or Loop – Graph plotting the flow (speed) and volume at which you breathe in and out during the FVC test.

Obstructive Lung Disease/COPD – Chronic disease that makes it hard to exhale or breathe out. These include emphysema, chronic bronchitis, and asthma.

Oxygen (PaO2) – Amount of oxygen in your arterial blood.

Pulmonary – Anything that involves your lungs.

Restrictive Lung Disease – Disease that makes it hard to inhale, or breathe in. These include asbestosis, farmer’s lung, and fibrosis.