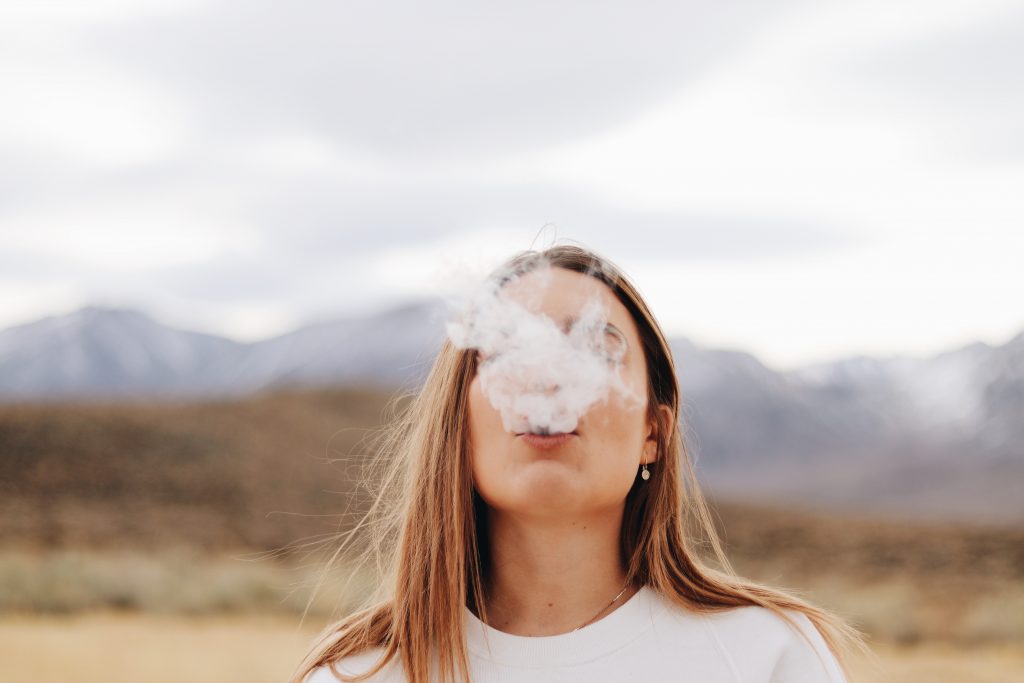 As an Alpha, many risk factors for lung disease are beyond your control. But you can control your exposure to cigarette smoke. And, you can quit smoking or never start smoking.

Download Smoking – The #1 Risk Factor for Your Lungs as a PDF.

Cigarette smoke puts smokers on the “fast track” to lung disease. And for Alphas who smoke, that fast track becomes an express train. This is true if you smoke yourself, or if you’re around secondhand smoke a lot.

If your child is an Alpha or a carrier, their risk of developing lung disease later in later life increases with exposure to secondhand smoke. The risks associated with cigarette smoke, especially in the presence of Alpha-1, are clear and profound.

But, it’s not always easy to avoid cigarette smoke. Some Alphas who smoke struggle to kick their addiction. Some Alphas live with smokers who don’t want to quit.

Quitting may be hard, but it’s possible with information, guidance, and support.

As smoke enters your respiratory system, it causes irritation and triggers inflammation. Your body sends white blood cells in response to the inflammation. They release a powerful enzyme while doing their work — neutrophil elastase.

Neutrophil elastase destroys unprotected lung tissue. Alpha-1 antitrypsin (AAT) protects your lungs by neutralizing this powerful enzyme. But, one single cigarette can destroy most of the AAT in your lungs.

Every cigarette you smoke causes more irritation, inflammation, and lung disease. The damage happens slowly for people with normal AAT levels. They may not develop symptoms of lung disease until they’re in their 50s or 60s.

But Alphas have reduced AAT levels. This already compromises their protection against neutrophil elastase. Exposure to cigarette smoke increases their risk of lung damage and results in severe symptoms of lung disease. Their symptoms may develop as early as age 30.

If you’re thinking about augmentation therapy, you must be smoke-free before you start. This makes sense because smoking will destroy most of the AAT you get from your infusions.

Other effects of smoking

Most people are aware of the links between smoking and heart and lung disease. Few people think about how smoking affects the rest of their bodies. But the toxins you breathe in with cigarette smoke make their way into your bloodstream. From there, they go to many other parts of your body, including the liver.

Processing drugs, alcohol, chemicals, and other toxins to remove them from the body is one of your liver’s primary functions. Research suggests that smoking changes your liver’s ability to handle and “detoxify” such substances.

Some research also suggests smoking can speed up the course of liver disease caused by drinking too much alcohol. Fortunately, smoking’s harmful effects on the liver are temporary. You can reverse most problems by quitting.

If you’re a smoker, there’s never been a better time to quit!

For more in-depth information on this topic, please visit the Big Fat Reference Guide. If you are enrolled in AlphaNet’s Subscriber Portal, you can access the BFRG here.

Download Smoking – The #1 Risk Factor for Your Lungs as a PDF.