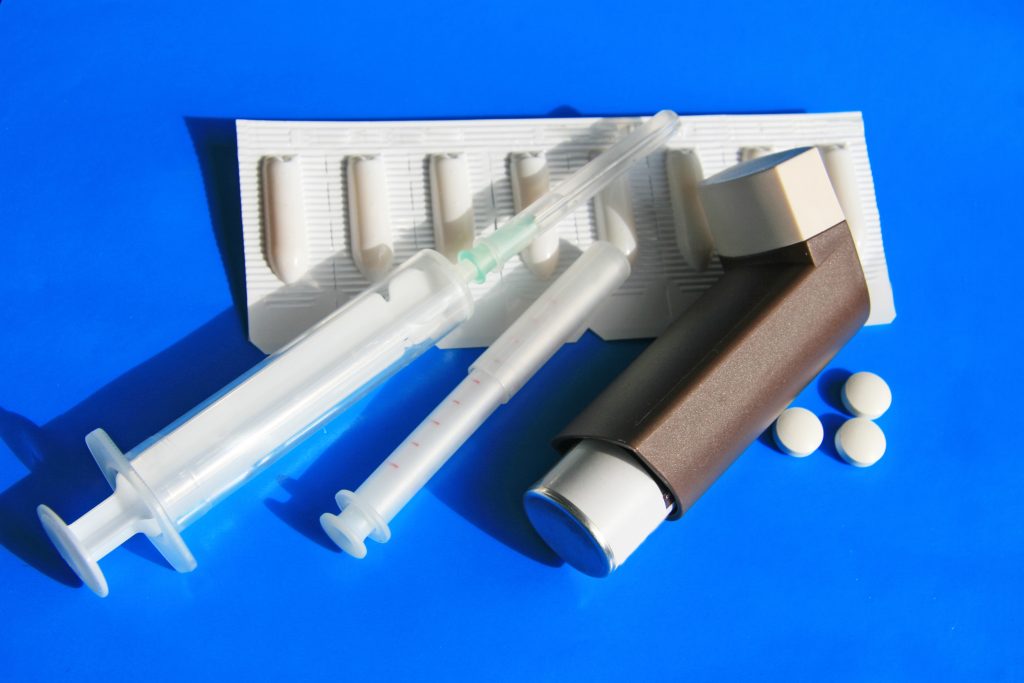 There are two types of muscarinic antagonists:

COPD studies suggest these drugs can be used as a “first line of defense” to prevent flare-ups. You can take them in an inhaler or nebulizer, or as a nose spray.

Note: Taking SAMAS or LAMAS, and beta-agonists at the same time has an “additive effect.” That means you get a more powerful effect than if you took either drug by itself. As a result, they’re often used in combination inhalers.

Possible side effects of muscarinic antagonists include:

Note: If you spray or rub these drugs into your eyes, they can dilate your pupils. This may increase pressure in your eye and worsen one form of glaucoma. 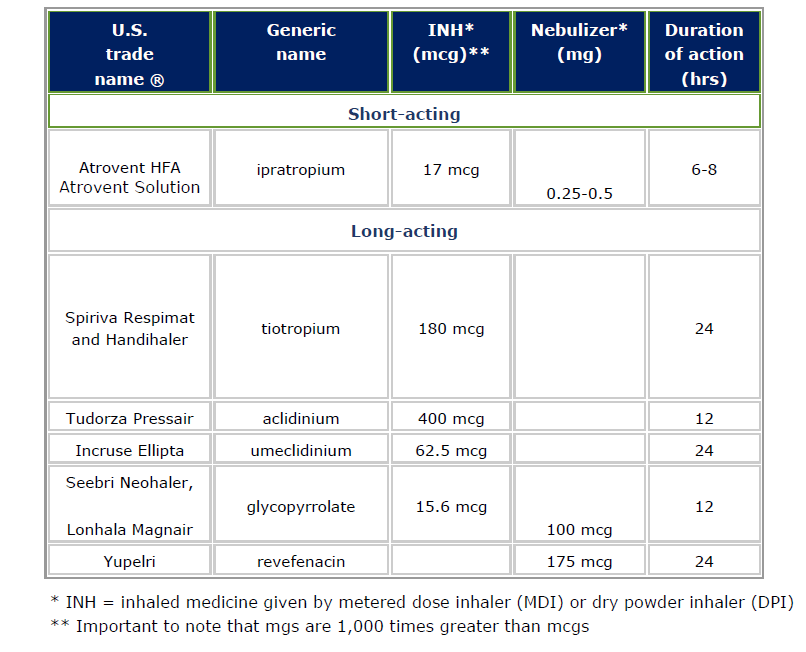 Would you like to learn more about medicines for Alpha-1 lung disease? Check out the BFRG for a complete list of drugs to help you live well with Alpha-1.