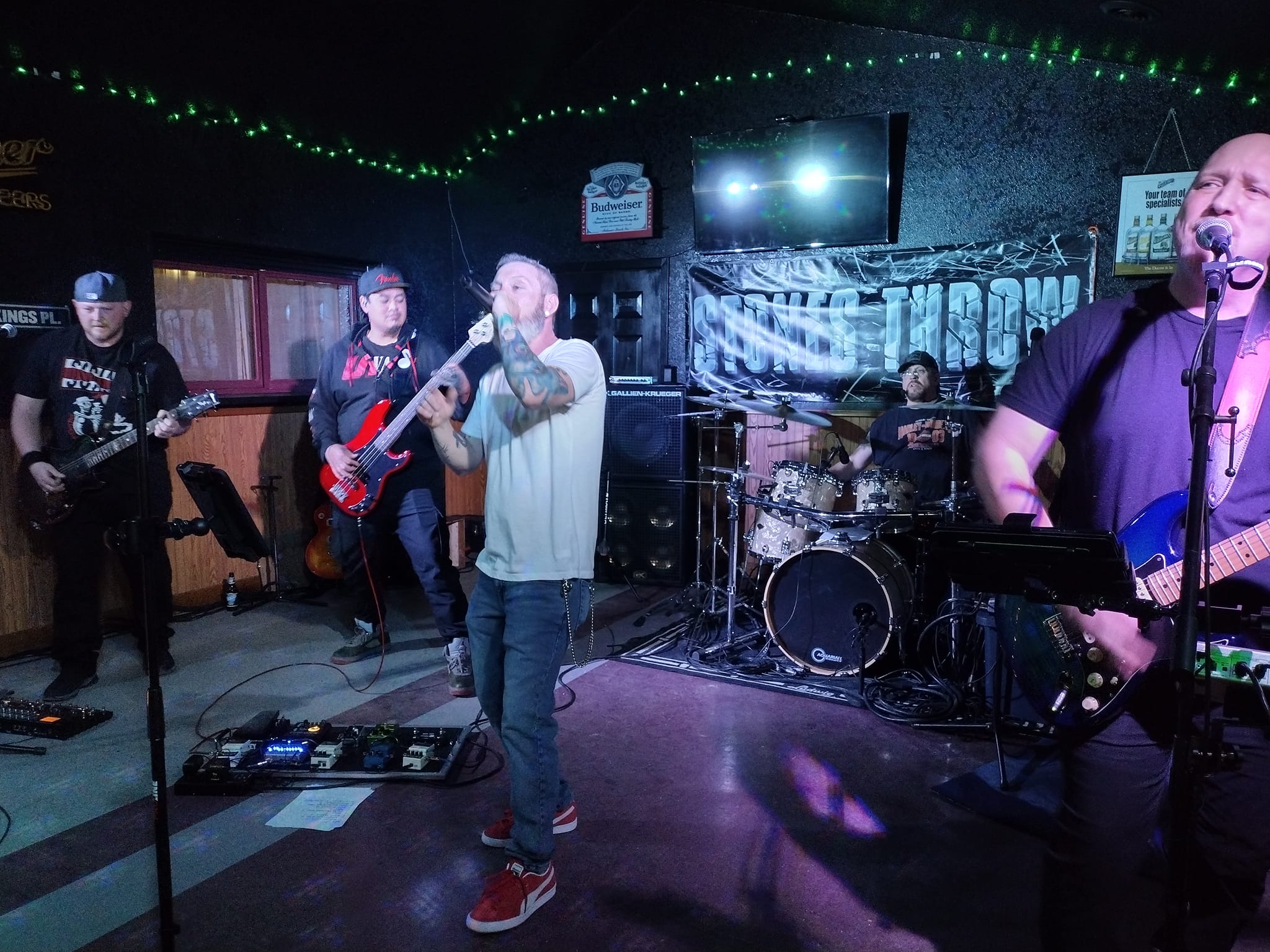 Guy Johnson first learned he was a ZZ Alpha just 5 years ago at the age of forty. Since then, he’s made some major life changes including moving his family from Virginia Beach, Virginia to Sioux Falls, South Dakota, breaking a 20-year smoking habit, and becoming the lead singer of the rock band Stones Throw.

Born in Los Angeles, California to a Navy family, Guy Johnson spent most of his childhood moving from base to base. He and his family lived everywhere from Key West to Iceland but somehow always managed to settle near a beach. Growing up with a healthy love of surfing and other extreme sports like skateboarding and skydiving, Guy was always active, always on the go. He believes this is what kept the effects of his Alpha-1 at bay for so many years.

Once he turned eighteen, Guy opted to finally settle in Virginia Beach. Living near the beach kept him active and at the age of forty, he was still surfing nearly every single day. When he started to feel particularly strained after paddling out, Guy mostly chalked it up to his smoking habit finally catching up to him. But then his symptoms progressed.

At first he believed what he was experiencing were panic attacks. As these episodes became more frequent, he sought medical advice. A pulmonologist suggested he might have a collapsed diaphragm but ran a number of tests to rule out other causes. Testing revealed that Guy had Alpha-1 Antitrypsin Deficiency – he was a ZZ Alpha. He was also diagnosed with chronic obstructive pulmonary disease (COPD).

His doctor’s first order of business was to urge Guy to quit smoking as soon as possible. “The addiction to nicotine is just horrible. And it took me a long time to quit. I couldn’t do it right away. Eventually, I found my spiritual moment where I was able to just stop smoking altogether,” Guy said.

Guy began weekly augmentation therapy infusions and joined AlphaNet as a subscriber. “When my doctor told me I had COPD, I thought I was going to die, but the more I was able to educate myself, the more I realized that it’s not a death sentence,” he explained.

Wanting a change of pace for himself and his two children, son Logan and daughter Londyn, Guy decided to move his family to Sioux Falls, South Dakota in 2016. And while he was apprehensive about the move at first, it proved to be one of the best decisions of his life. Sioux Falls is where he met his fiancé Anne Marie, and his bandmates Brent Lambley and Jason Rabass.

Although he is a ZZ Alpha and was a regular smoker for over 20 years, Guy still has 90% lung function. This is how he is able to perform up to 4-hour sets as the lead singer of the band Stones Throw.

Guy started singing when he was around thirteen years old, and in his twenties joined a band called Color Chrome. The band recorded an album together but broke ties shortly thereafter due to conflicts of interest. Still, Guy remained passionate about music and when he was offered an opportunity to team up with Brent and Jason, he took it without hesitation.

“The three of us started the group. We’ve worked with different bass players and lead guitarists, but me, the drummer, and the rhythm guitarist have been together for probably close to three years,” Guy explained.

Guy initially met Stones Throw drummer Brent Lambley while he was working. A heating and air conditioning technician for nearly two decades, Guy was installing an air conditioner coil in Brent’s home when he spotted a drum kit. Guy asked Brent if he could play and discovered that Brent was actually a well-known drummer in the area.

Guy and Brent would meet one more time before they decided to start playing music together. “I was a serious alcoholic due to depression during this phase of my life. We met and then I went to a treatment center for 30 days because I just couldn’t stop drinking. I saw Brent in treatment because he’s actually a drug and alcohol counselor. I told him I was sick and needed at least a month before I could start working on music. After 30 days, I got out, we got together, and we’ve been playing ever since,” Guy said.

Brent, and rhythm guitarist Jason, were already part of another band before they met Guy, but opted to cut ties with their original singer when they heard him perform. The band, which lists influences like Audioslave, Pearl Jam, and the Stone Temple Pilots, plays a mix of original songs and covers.

Now they’re a local favorite, often playing up to four days a week and performing intense forty-song sets. “We also try to donate our time when we can. We do cancer benefits and we recently played a benefit at a local Harley Davidson in memory of one of their sales representatives who passed away. They messaged us personally to ask if we would perform at a benefit for them, so of course, we did,” Guy said.

This year, Stones Throw is preparing to play their biggest show yet – Sturgis Motorcycle Rally in Sturgis, South Dakota. The event takes place from August 5-14th and regularly brings in crowds over 30,000 strong. This year, the rally is celebrating its 82nd anniversary and Stones Throw is set to play three dates from August 6-8. In the meantime, they have no shortage of local venues to play. Guy is looking forward to being able to play even more often as spring and summer approach – the band already has dates booked through September – and he knows his Alpha-1 won’t hold him back.

“I don’t live my life around this. I live my life for each day. I do my weekly infusions, and I keep on moving on. I would tell newly diagnosed Alphas to educate themselves and not be ashamed. The weekly infusions are actually helping to prolong your life. So just take it day by day and don’t stop,” Guy concluded.

“I don’t live my life around this. I live my life for each day. I do my weekly infusions, and I keep on moving on. I would tell newly diagnosed Alphas to educate themselves and not be ashamed. The weekly infusions are actually helping to prolong your life. So just take it day by day and don’t stop."