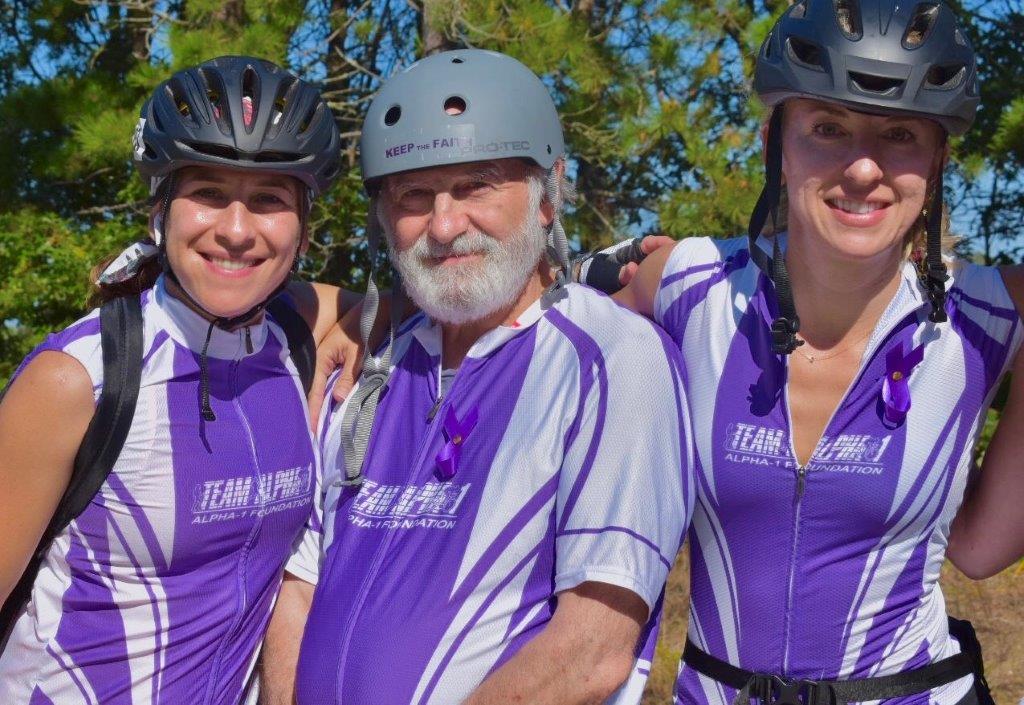 How long have you worked at AlphaNet?  What made you want to become an AlphaNet Coordinator?

I joined the AlphaNet family, at my brother’s urging, in 1995 as a part-time Coordinator.  I had recently left my job remodeling old chestnuts in Winchester, MA and moved to Duxbury with my wife Pam, our daughters Chase and Kailey, and our dog Loki. For the first time, I had my own home office, my own computer, and a phone with a headset.  I had no idea what lay ahead but, under the guidance of the first AlphaNet Coordinator and Manager Terry Young, we learned as we went.  I also finally got to work with my twin brother John Walsh (who co-founded AlphaNet and the Alpha-1 Foundation).

Not knowing where my health was going to take me, it made sense to be able to work from home.  I was around for the birth of AlphaNet and the Alpha-1 Foundation, got caught up in the excitement of the moment, and have enjoyed the ride for 25 years.

What do you find most fulfilling about working as a Coordinator?

What I find most fulfilling is being able to introduce newly diagnosed Alphas to AlphaNet and hopefully helping clarify and humanize their diagnosis through awareness, education, and making the right connections (doctors, Clinical Resource Centers, support groups, Alpha-1 Foundation events, education days, and the Big Fat Reference Guide).  My brother John felt it was essential to foster patient empowerment, and AlphaNet certainly helps in that endeavor.

What is your greatest personal or professional accomplishment?

My greatest personal accomplishment is remaining married to my wonderful wife Pam for 39 years and raising our daughters Chase and Kailey.  Chase recently married and is wanting to start a family immediately – God-willing!  My involvement in all things Alpha-1 has always been a family event.  My brother John (obviously), our older sister Susan, and our dad (Coach) have all been involved, and Pam even designed all the original marketing materials for both AlphaNet and the Foundation, including the original AlphaNetter.  I can’t forget another personal accomplishment which was my successful double lung transplant on June 1, 2016 at Duke Medical.

My professional accomplishments include: working as an AlphaNet Coordinator for 25 years, serving as an Executive Board Member of the Alpha-1 Foundation, receiving my BA in History and MED in Secondary Counseling at University of New Hampshire and Suffolk University, becoming a SHINE Counselor, and receiving the American Lung Association’s Volunteer of the Year award.

What’s something interesting you’d liked share about yourself that few people may know?

I renovated an 1860 vernacular style house and barn near the Middlesex Canal in Winchester, MA.  Interestingly, that canal was once part of a system of waterways that connected Boston to Lowell.  Another lesser-known fact about me is that during summer vacation while teaching many years ago, I cleared 25 acres around the Topsfield Reservoir, which led to me losing 30 pounds and getting a concussion in the process!  I also shattered both my heels in a construction accident resulting in 6 months in casts.  The plus side of that experience was I learned to refine my cooking skills during that time and was able to take over the family culinary responsibilities.

In the late 1960s I was a member of two football championship seasons: Arlington High School, 1967 and UNH – Yankee Conference, 1969.  I also developed two mini-courses for my Junior English Class: one called “Concept of the Hero” and the other focused on science fiction.

What does the future hold for you?

Hopefully the future holds a good run with my new lungs – 4 years and counting already! I also hope to retire as an AlphaNet Coordinator and to be a grandfather to two sets of twins – one with a male named John WW Scott.  In the meantime, I’ll be part-time renovating a house in Stamford, CT which will be my daughter’s new home.