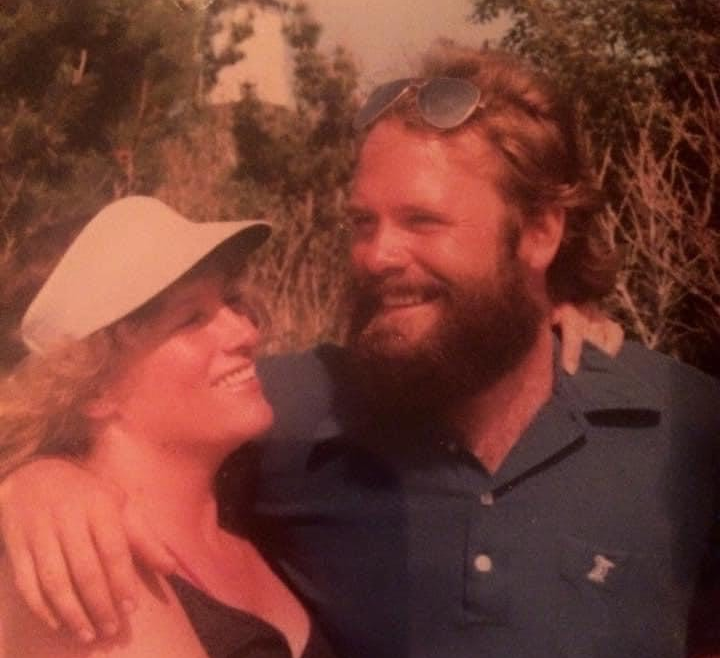 Tom Dailey was diagnosed with Alpha-1 in 1991 and was one of the first Alphas to join the AlphaNet program as a subscriber. Tom and his wife Susan were married for 50 years before Tom passed away in November 2020. These fierce advocates of the Alpha-1 community shared a life and bond that few get to experience. Here, Susan Dailey tells their story and shares sage wisdom for Alphas and their caregivers.

Tom and I met in the summer of 1967 in Seaford, New York when he was 16 and I was 17. We grew up in different towns, but one of my friends from Catholic school hung out with his crowd so I saw him around a lot. He asked me out on July 19, 1967 and we dated for about three years before getting married. Tom was in the Navy and found out he was going overseas. He actually called me at work to ask me to marry him. I was in Babylon, New York at the time and he was stationed in Newport, Rhode Island. There was no money for a wedding in my family so we just went straight to the rectory to talk to the priest. He said we were very young to be married, but he knew that we had been dating for a long time and I lived just across the street from the church. After we got it all settled, the priest explained to us that we could get married in the church on any day of the week so we got married on Tuesday, April 21, 1970.

For many years, we didn’t think we could have children until suddenly I was pregnant. Everybody tried to guess the baby’s gender and everybody was saying to me “boy, boy, boy”. Even I thought it was a boy! But Tom was sure we were going to have a girl. He had not been diagnosed with Alpha-1 yet and he just looked like the picture of health when the doctor handed him our daughter, Shayne. I will never forget that moment. He was six foot three and she just fit right in his hands. We were over the moon.

For the majority of his life, Tom was in phenomenal physical shape. He surfed and rode his bike hundreds of miles a week. He was a high school custodian and he also owned and coached a swimming team. He was hoping to retire at 55 with a full pension, and he had plans to coach the swimming team at Stony Brook University in Long Island. But none of that happened. At 40 years old, he was swimming in the ocean and started experiencing serious breathing issues. A good friend of ours who worked for a pulmonologist came to us right away to help figure out what was wrong with Tom. As a result, he was diagnosed with Alpha-1 Antitrypsin Deficiency in 1991 with 50% lung capacity and he started on augmentation therapy right away. Tom actually worked for 10 more years until he had to go out on disability.

After his diagnosis, Tom became passionate about raising awareness for Alpha-1. One of the last major physically demanding fundraising events Tom organized was the Kayaking for the Kids Alpha-1 event in May 2001. He kayaked over 200 miles along Long Island Sound. The fundraiser received a lot of local media attention and he was able to raise thousands of dollars for Alpha-1 research. At the time, Senator Chuck Schumer had just signed the Proclamation officially declaring the month of May as National Alpha-1 Awareness Month which mentioned the work of AlphaNet and how Tom’s Alpha-1 awareness kayaking trip was bringing the community together.

By 2011, Tom could do almost nothing physically demanding. He started using a power wheelchair and Veterans Affairs paid for a chair lift to be installed in the back of our car. He also went on oxygen full time, but he always tried to stay as fit as he could. After he had to give up surfing, Tom bought a stationary bike and rode in the dining room with his portable oxygen tank right beside him. Once he had to give that up, Tom bought a peddler that cycled on the floor so he could use it while sitting in his wheelchair. For many years, we were even still able to take our annual family trip to Florida, but that changed about two years ago when he started to experience health scares that all required emergency calls and overnight stays in the hospital. On November 2, 2020, Tom wound up on the floor of our home gasping for breath and had to be taken to the hospital.

Because of COVID-19, hospital visiting hours were very restricted and my daughter, my son-in-law Dan, and I took shifts staying with him until he was placed into a private room and we could visit as often as we wanted. We were able to spend as much time as we could with him. Because of the medication he was on, Tom was in and out of consciousness, but he had shared with me how he was feeling about his condition a couple of months prior. I talked to him the whole night in that hospital room. I told him we didn’t want him to suffer anymore. I told him how amazing he was and how much we loved him and that there was nothing to be afraid of. The next day, Thanksgiving morning, I went into the bathroom and I don’t think I was in there for more than two minutes, but when I walked back into the room he was gone. We don’t do wakes in our family, but we had a beautiful mass for him and, because he was a veteran, the military presented me with a flag in his honor.

It can be very difficult watching someone you love deal with this condition. I would offer this advice to caretakers: take space when you need to because you have to take care of yourself, too. I took space when I needed to regroup. Of course, we also took time to just enjoy ourselves together. Every day in the late afternoon Tom would join me for “wine-30”. I would enjoy a glass of wine and we would sit on our patio watching the sunset. It was beautiful. Our patio was set up last summer and that fall was the only time that we got to use it. He was out there with me every day. Every day was warm. And he wasn’t struggling. You really have to cherish the little moments.

To Alphas like Tom, I would say don’t be afraid to advocate for yourself and for your health. I used to try to encourage Tom to go to Columbia Presbyterian in New York City for a lung transplant consultation. I would encourage you to talk to the experts, see what treatments may be available to you, and then make a decision. In Tom’s case, he qualified for a lung transplant but was hesitant to take the plunge. By the time he made the decision to pursue a transplant, it was too late. I used to say to him, even if you have a better quality of life for the next five years, it’s worth it. So, don’t be afraid. Do your research and, if you can, find ways to get involved in the Alpha-1 community like Tom did. Coming together as a community is what will eventually help us find a cure.

While I will always miss Tom, I will be eternally grateful for the many beautiful years we had together. He was such an amazing husband, father, and a great friend to everyone he met. My daughter Shayne had such a special bond with her father and we know he will always be with us. We will continue to do our very best to keep his memory alive.