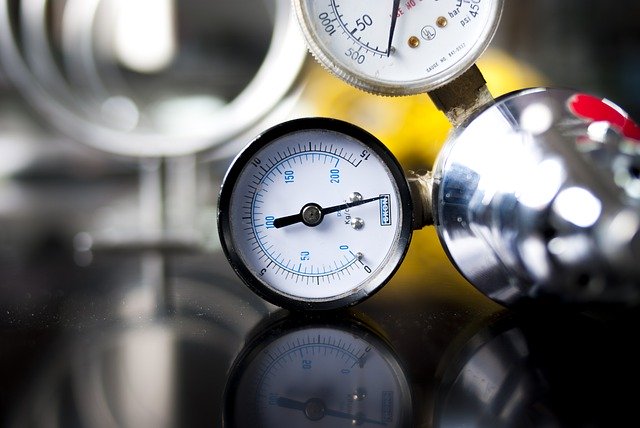 Oxygen is a wonderful gas. It’s all around us. It’s in every breath we take. Not only that, we’re all addicted to oxygen. If oxygen were to be reduced or removed from the air, we would all experience extreme, even fatal, withdrawal symptoms!

One of the primary jobs of the lungs is to take the oxygen we breathe and deliver it to the blood. Oxygen-rich blood can then bathe all the tissue of the body and essentially feed these tissues. Oxygen, one of our primary nutrients, allows the organs of our body to function and use fuels such as sugars, fats, and proteins. Without oxygen, our muscles (including the heart), brain, liver, and intestines cannot function for long. When these organs use oxygen and fuel, they generate the primary waste product carbon dioxide. The lungs have the job of removing carbon dioxide from the blood; we then exhale it as we breathe.

For some people with lung disease, the damage to the lungs is severe enough to reduce the amount of oxygen delivered to the blood. Reduced oxygen can cause various tissues of the body to become starved for oxygen and function poorly. The blood vessels in the lungs narrow and make it difficult for blood to flow. This may put a strain on the right side of the heart, which delivers blood to the lungs.

The most direct therapy to improve oxygen levels in people with lung disease is to treat the underlying lung disease. But while the underlying lung disease, such as pneumonia, is being treated, it may be necessary to temporarily give that person a higher concentration of oxygen to breathe. Supplemental oxygen helps to make up for the lower delivery of oxygen by the injured lung tissue and can be delivered by nasal cannula, oxygen mask, oxygen tent (not used anymore), or through a tube inserted into the windpipe if their pneumonia is extremely severe.

Oxygen levels can be checked using an oximeter or by doing an arterial blood gas (ABG). An oximeter shines a light of a specific color through the skin and uses a sensor, that is placed on the finger, ear lobe, or forehead to measure the changes in the amount of light that is absorbed as the blood pulses through the underlying blood vessels. The readout of an oximeter is a percentage from zero to 100 that represents the percent of hemoglobin molecules in the red blood cells that are carrying oxygen. In normal people at sea level, close to 100% of the hemoglobin molecules in the blood will be carrying oxygen — at higher altitudes, this number drops because there is less oxygen available in the air as you get higher and higher in the atmosphere. Currently, physicians consider oximetry readings of less than 88% to be too low for good health.

An ABG is measured by drawing blood from an artery, usually in the wrist, and analyzing it with a machine that measures oxygen, carbon dioxide, the acid-base balance of the blood (pH), and several other parameters. While this is more “invasive” than a simple sensor worn on the finger, it provides considerable additional information. A physician may initially order an ABG and follow the patient in the future with oximetry alone.

Suppose your oxygen level drops below an oximetry value of 88% when you sleep or exercise, after your healthcare provider has done everything that can be done to improve your lung function, they will likely recommend supplemental oxygen. Most people receive their oxygen by a nasal cannula attached to an oxygen source. This source can be an oxygen tank with compressed oxygen gas in it, a liquid oxygen tank or portable unit, or an oxygen concentrator, which pulls oxygen directly from the air around it. Instead of a nasal cannula (sometimes called nasal prongs), some patients use an oxygen mask, “oxygen eyeglasses” (in which small nasal prongs protrude from the frame of eyeglasses), or transtracheal oxygen (in which a small tube is inserted surgically directly into the windpipe and this tube is used to deliver oxygen).

There are benefits and disadvantages to each of the different oxygen delivery systems. People that have to exercise or walk with their oxygen generally use a nasal cannula attached to a compressed gas oxygen tank (there are a variety of sizes of these) or a portable liquid oxygen system. The standard way of determining the amount of oxygen delivered is by the number of liters of oxygen gas that flows through the cannula in a minute (L/min) as a continuous flow.

Often people are concerned that if they breathe through their mouth or have a stuffed nostril, they won’t get the oxygen they need through a nasal cannula. Basically, the nasal cannula uses your nose and the back of your throat as a reservoir to hold oxygen when you’re not inhaling, so even mouth-breathers can improve their oxygen levels using a nasal cannula. If one of your nostrils is congested or closed, you may have to turn up your oxygen a bit, but usually not much. On the other hand, there are certain pulsed delivery systems that use one nostril to deliver oxygen and the other to sense when someone is inhaling (so a pulse of oxygen can be delivered). A clogged nostril can lead to a significant drop in oxygen delivery in that setting.

If your doctor tells you that you need to wear oxygen, either 24 hours a day or in certain situations, your first reaction if you’re like most people, is to panic. What will my spouse think? What will my boss, coworkers, and clients think? Everyone will stare at me. Everyone will know I’m sick. I’ll become addicted to this oxygen and will never be able to get it off. This last is easy to answer. As you know, we’re all addicted to oxygen. None of us will ever “get off” oxygen until death. You just need a little bit more oxygen than those with normal lungs. The other questions you ask yourself don’t have simple answers, except to say that all of those concerns won’t matter to you if you wind up in the hospital with heart failure because your low oxygen level caused the other organs of your body to fail.