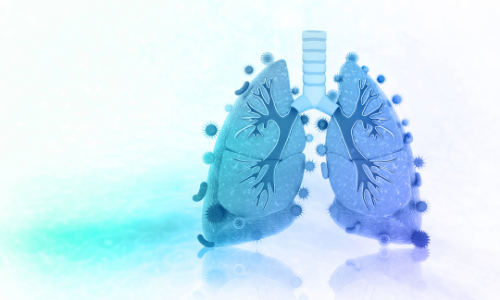 The number of people infected with nontuberculosis mycobacterial (NTM) lung disease each year is on the rise and becoming a public health concern worldwide. Cases of NTM in the United States and Canada have doubled over the last 10 years, and the Alpha-1 community is no stranger to this condition as it affects many Alphas.

Understanding nontuberculosis mycobacteria can be challenging due to the many different factors involved in diagnosis and treatment. To begin, there are more than 170 known species of NTM found throughout the environment that have the ability to cause disease in humans. When exposed to these germs, most people do not become sick, but exposure can be a major concern for those who suffer from certain risk factors or conditions that make them more vulnerable to these infections.

Repeated exposure to NTM through one’s environment increases the likelihood of developing an infection. Well-documented sources of NTM include peat-rich soils, natural waters, drinking water, hot water heaters, refrigerator taps, catheters, and environmental amoeba. Transmission from person to person is not likely, but there are exceptions such as when M. abscessus is transmitted among immunocompromised patients or those with cystic fibrosis.

NTM infections can be classified as either “slow” or “rapid” growers. The most common slow grower is Mycobacterium Avium Complex (MAC) which also tends to be less severe in humans. MAC is a combination of three types of mycobacteria: M. avium, M. intracellulare and M. chimaera. The most common rapid grower is M. abscessus which tends to be more severe. Often, those infected with either of these mycobacterium (MAC or M. abscessus) also have pseudomonas aeruginosa, which is another bacterium that provokes an inflammatory reaction and leads to persistent airway inflammation and airway structural damage. Pseudomonas aeruginosa is the leading organism that complicates bronchiectasis, a condition with permanent airway structural damage. Bronchiectasis and NTM are connected, but it is not known which one affects a patient first. A diagnosis of bronchiectasis is not necessarily a diagnosis of NTM and vice versa, but a diagnosis of either one makes a person more susceptible to the other.

There are three distinct lung conditions associated with any form of NTM: Nodular bronchiectasis, lung cavities, and hypersensitivity pneumonitis. Nodular bronchiectasis is the less advanced form of NTM and appears as nodular inflammation in the airway. On an x-ray and CT scan imaging, it looks like a branching pattern and is referred to as a “tree-in-bud.” Next, there can be cavities (holes) in the lung particularly in the upper lung zones. Finally, the least common condition associated with NTM is hypersensitivity pneumonitis. This form causes the lungs to become inflamed from an allergic reaction to the NTM. It presents as small masses or a single mass with the most common symptoms being cough, fever, and shortness of breath.

Diagnosing NTM is challenging in much the same way (or for many of the same reasons) that diagnosing alpha-1 antitrypsin deficiency is challenging. In the late 1940s, Theodore Woodward, University of Maryland School of Medicine professor, instructed his medical interns: “When you hear hoofbeats behind you, don’t expect to see a zebra”— meaning, when diagnosing a patient’s symptoms, common conditions should be considered before more rare ones. Because both NTM and Alpha-1 share symptoms with dozens of much more common conditions, this can be why they both tend to have such delayed diagnoses.

An exact diagnosis of an NTM lung infection must meet three testing standards: clinical symptoms, x-ray/CT imaging abnormalities, and sputum cultures. The common respiratory symptoms are a chronic cough, mucus production, occasionally coughing up blood, and chest pain. Systemic symptoms may include weight loss, night sweats with a low-grade fever, and tiredness. Because these characteristic signs and symptoms are extremely variable and general, both imaging and culture testing are crucial to making an accurate diagnosis of NTM. Imaging findings alone are not always suggestive of NTM as not all “tree-in-bud” findings are NTM. However, observing nodules, bronchiectasis, and/or cavities on an image is necessary to confirm a diagnosis of NTM, along with two separate sputum cultures or one positive culture from a bronchoscopy.

Treatment of NTM infections is complex. Depending on the severity of the infection, some patients with NTM lung disease may not require treatment. In these cases, the bacteria can just settle in the airway without affecting the lungs. When patients do develop symptoms and NTM is confirmed via lab culture and imaging, treatment typically includes a combination of antibiotics for an average of 16-18 months. While NTM disease has long-term effects on the individual, MAC infections are rarely linked to death.

Managing and lessening the chances of NTM re-infection requires awareness to avoid potential exposures and a routine of airway clearance. Challenges to current treatment methods include balancing drug combinations, determining delivery methods, and managing adverse effects. However, the rising global burden of NTM has triggered new clinical trials, and new therapies are on the horizon. A promising emerging therapy is immunotherapy, where the weakened immune system would receive a boost. This immune-altering intervention could help reduce the global impact of NTM disease.