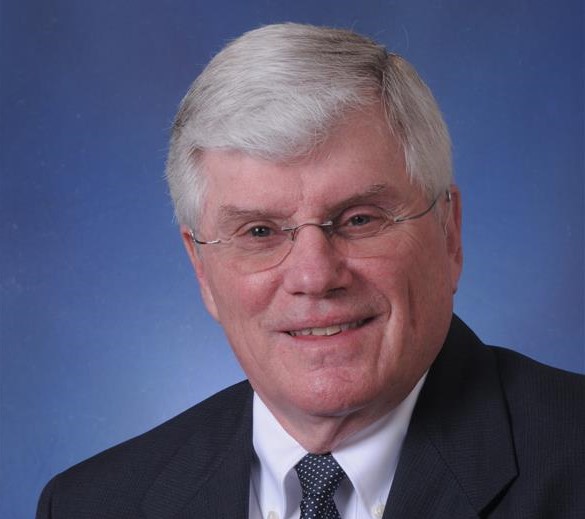 In honor of the late Ab Rees’ extraordinary contributions to the Alpha-1 community, AlphaNet is proud to donate $200,000 to the Alpha-1 Foundation to support the Alpha-1 Biomarkers Consortium (A1BC) study and establish the “Ab Rees Fast Track Awards.” The A1BC grant, funded by the National Institutes of Health (NIH), was created to identify and characterize biomarkers in Alpha-1 Antitrypsin Deficiency that are needed to advance a cure for this disease.

The newly established “Ab Rees Fast Track Awards” will provide up to four $50,000 grants to fund the preliminary work needed to apply for ancillary funding from the NIH or the Alpha-1 Foundation for the A1BC study. The grants will be awarded based on the quality of the applications received and serve as ancillary grant funding to evaluate which biomarkers best predict alpha-1 antitrypsin (Alpha-1) disease progression and treatment effectiveness.

“Ab was a force in the Alpha-1 community and we felt the best way to recognize his accomplishments was through the creation of the “Ab Rees Fast Track Awards.” Ab was a champion of novel research in Alpha-1 and this grant will honor Ab’s contributions by providing funding to help researchers generate preliminary data for the Alpha-1 Biomarkers Consortium grant. “Ab’s impact on the Alpha-1 community will be felt for years to come and we wish to honor Ab’s legacy through this donation,” stated Robert L. Greene, Jr., Chair of the AlphaNet Board of Directors.

“We are grateful for AlphaNet’s gift as a tribute to Ab Rees. This donation leverages our Alpha-1 Biomarkers Consortium (A1BC) research initiative and will fund four grants to identify important biomarkers in Alpha-1 that will advance treatments and ultimately find a cure to Alpha-1. What an incredible legacy in Ab’s memory and truly recognizes his vision and devotion to the Alpha-1 community,” said Scott Santarella, President and CEO of the Alpha-1 Foundation.

Ab also served as Chairman of the Alpha-1 Foundation Board of Directors from 2004-2013 and was a member of the Foundation Board for 12 years. He sat on the Alpha-1 Project (TAP) Board of Directors as Treasurer, served as Development Chair and Investment & Finance Committee Chair, and assisted as the Interim President and CEO for the Foundation during a time of transition. He was also an active member in his support group in Kansas City.

“Ab was a businessman that took his work with the Alpha-1 community like a job. He used his professional expertise to help lead the Alpha-1 Foundation in all aspects and helped push our mission to find a cure forward. While serving as Chair of the Alpha-1 Foundation Board of Directors from 2004-2013, he worked closely with our late co-founder John W. Walsh to bring many ideas and projects to fruition. The passion of patients like Ab inspires physicians and researchers in the field to work harder each and every day. This gift truly will help contribute to our strategic vision for the A1BC,” said Dr. Jeanine D’Armiento, immediate past Chair of the Alpha-1 Foundation Board of Directors and Co-Principal Investigator of the A1BC.

“Ab loved fast cars and fast trains and was always impatient about the slow pace of research toward finding an Alpha-1 cure. The name of this grant reflects his vision to focus the research on things that make a difference in a short time,” stated Charlie Strange, MD, AlphaNet Medical Director and Co-Principal Investigator of the A1BC.

Ab had a distinguished 50-year career as an executive in the railroad industry. He was the former Chairman and CEO of Railworks, Inc. and prior to that, served as the Senior Vice President, International Operations of Kansas City Southern Railway. During his career, he worked for several Fortune 500 companies, most notably Santa Fe Railway (now Burlington Northern and Santa Fe Railway) where he served as the Vice President of Operations and Union Pacific Railroad where he served as General Director, Service Design.

About the Alpha-1 Biomarkers Consortium (A1BC)

The A1BC is a research initiative of the Alpha-1 Foundation designed to form a prospective cohort of Alpha-1 individuals via the Alpha-1 Research Registry, and subsequently enroll PiZZ participants to identify Alpha-1 biomarkers. The identification of important biomarkers in Alpha-1 will advance treatments and a cure for Alpha-1. The Registry was established to facilitate research initiatives, such as the A1BC, and promote the development of improved treatments and a cure for Alpha-1. The A1BC grant is now enrolling 270 PiZZ Alphas at eleven medical centers to perform chest CT, blood, sputum, and genetic studies with the goal of validating biomarkers that correlate with lung or liver disease progression. Those interested in enrollment can read more here: https://clinicaltrials.gov/ct2/show/NCT05297812.

AlphaNet, Inc. is a not-for-profit 501(c)(3) organization founded in 1995 with a mission to provide innovative health management and customized care to individuals with Alpha-1 Antitrypsin Deficiency, while funding research for a cure.