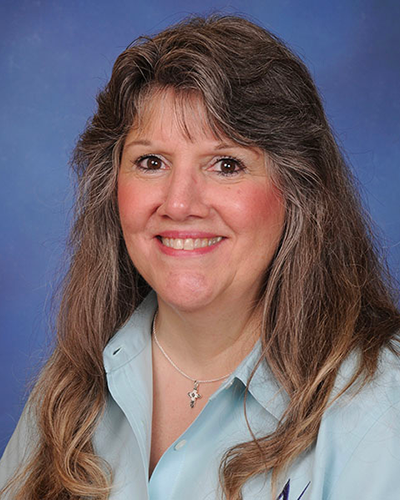 My name is Valarie Hanna, and I would like to introduce myself as your AlphaNet Coordinator.

I live in Des Moines, Iowa.  My favorite things to do are spend time with my family, travel, bike riding, movies and music.  I am the very proud mother of two adult children.  My daughter is a Registered Nurse and my son has been in the U.S. Army since January of 2002.  He is now stationed at Fort Bragg, North Carolina, on his way to his fifth deployment in Iraq.  I have six beautiful grandchildren that inspire me to be healthy so that I can spend more time with them!

In 2001, I decided to talk to my doctor about my shortness of breath and how I could no longer do things that I used to without struggling to catch my breath.  I was also having respiratory infections more frequently than ever before.  My doctor referred me to a pulmonologist who diagnosed me with asthma.  I was prescribed a couple of different inhalers that really seemed to help, although, I still became very short of breath when walking upstairs or exercising.  In 2007, my sister was admitted into the hospital with pneumonia and was tested and diagnosed with Alpha-1 Antitrypsin Deficiency (Alpha-1) as a “ZZ.”  Here doctor said that all of her siblings should be tested for Alpha-1 because it is genetic.  I was tested and diagnosed as a “ZZ” as well.  I have five siblings and three of us are “ZZ”s.  We had never heard of Alpha-1 and didn’t know anyone who had it.  Neither of our parents had lung or liver disease that they were aware of, and they hand never been tested for Alpha-1.  My sister and one of my brothers started augmentation therapy that year and I was learning more and more about Alpha-1 from them and from their experiences.  I had moved out of  State for a few years and, when I returned to the pulmonologist who initially diagnosed me with Alpha-1, I found out that my lung function had decreased.  My pulmonologist then started me on the augmentation therapy in August 2016.

Many years ago, my sister-in-law, who is an RN,  convinced me to become a CNA to see if I had an interest in becoming a nurse.  My sister-in-law was an awesome nurse; however, after a few years I decided I would serve better on the administrative side, so I went back to working in the office and became an administrative assistant at a hospital.  I have worked in insurance and accounting for the majority of my working years.  I have always enjoyed and strived to be in positions where I can serve others and I am so grateful for the opportunity to be an AlphaNet Coordinator!